Craig Kubey is a lawyer-turned-writer working in Davis, California.

He is an inactive member of the bar in California and the District of Columbia. In Washington, he was a legislative assistant to a prominent Democratic Congressman. Also in Washington, he worked for a public interest law group on subjects including the Congress and major Washington law firms.

Five of Kubey’s books have been national bestsellers (The New York Times, Amazon.com, Waldenbooks, B. Dalton, Target, or a combination). One had 677,000 in print. To promote the books, he has made seven national TV appearances, including, Today and CBS This Morning. He has also appeared on prominent local TV morning shows and many regional and local radio shows and has been the subject of articles in almost every important newspaper in the country. Three of his books have been called the best ever written on their subject.

His collaboration 7 Steps to a Pain-Free Life, on self-treatment of back and neck pain, made it to number five on the national bestseller list at Amazon.com. Later Amazon named it the sixth-best health book of the year.

Of his 10 books, six have been collaborations with celebrities or experts.

Craig’s areas of past books and possible future subjects for individual or collaborative books and articles include:

His personal interests include sports participation (Cal track team, seven marathons) and spectating (four Olympics, with three articles), long-distance car travel (49 states), and music performance (rock/folk/blues guitar — very much as an amateur but, as audiences will attest, sometimes in tune!). Plus a successful performance in a standup comedy competition. Kubey is at work on a collaborative health book, a novel, and a screenplay.

7 Steps to a Pain-Free Life How to Rapidly Relieve Back, Neck and Shoulder Pain Using the McKenzie Method (Dutton; paperback, Plume). Collaboration. This is Kubey’s tenth and most recent book (not counting current projects). It is a major expansion and revision of the first edition, which shot to #5 at Amazon.com, with Amazon naming it the sixth-best health book of the year. The new one adds a big new section on the shoulder: six chapters of discussion and exercises.

Published online, The American Veterans and Servicemembers Survival Guide is a 649-page e-book for current American military servicemembers and American veterans of all eras. On the book, Craig was the editor and project co-administrator and wrote “front matter” and part of one chapter. The book was sponsored by Veterans for America (VFA) in Washington, D.C.

“(Veterans) will have to keep looking to one another for help, as they always have. This veterans’ guide looks like a powerful updating of that old tradition.” 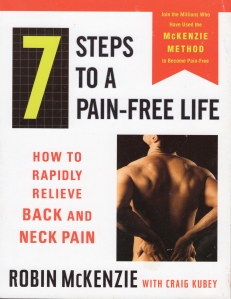 “Patients who have learned to use McKenzie’s exercises assert for the first time that they could effectively manage–or banish–their own pain.”

—Dear Abby, the world’s most

“A fantastic guidebook for people with back or neck pain.”

in the United States

of Healing Back Pain Naturally

After an NFL career as a star of the New York football Giants, Pat Summerall became perhaps the best-known TV sports broadcaster of his time, covering football, baseball, basketball, the Olympics, tennis, and golf. This autobiographical collaboration presents Pat’s interviews of 32 of the most prominent athletes and coaches of recent decades as well as his recollections and opinions.

“Fans will have a field day.”

“Entertaining, inspiring, and sometimes eye-opening . . . these pieces provide a revealing look at the sports superstars of yesterday, today, and tomorrow. . . . Numerous photographs round out this irresistible book, making it a must for the shelves of all sports fans.” 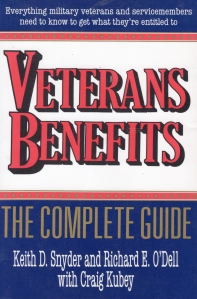 In the wake of the tremendous sales and critical success of The Viet Vet Survival Guide, Kubey and two other co-authors of that book returned to write Veterans Benefits.  Here, the first-named author was veterans lawyer Keith Snyder. Kubey originated and managed the project and did some of the writing. Rick O’Dell (former Vice-President of Vietnam Veterans of America and later Director of the Department of Veterans’ Affairs for the Commonwealth of Virginia), also collaborated on this book.

“An essential resource that eliminates the confusion that can separate vets and their families from the benefits to which they are entitled.” 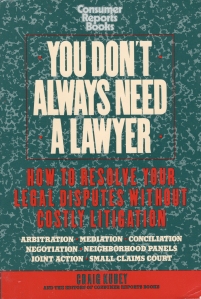 You Don’t Always Need a Lawyer:
How to Resolve Your Legal Disputes Without Costly Litigation
(Consumer Reports Books)

This book, in keeping with the mission of its publisher, Consumer Reports Books, advises consumers about all the alternatives to filing a lawsuit. These emphasize the growing field of “alternative dispute resolution” and extend far beyond the expense and vexation of hiring an attorney. Subjects include mediation, arbitration, neighborhood panels, and conciliation. Kubey explains each alternative and how to succeed in it.

“A superb primer on what to do if you’re in a dispute. Outlines many alternatives to litigation. Almost a guide on how to live one’s life.” 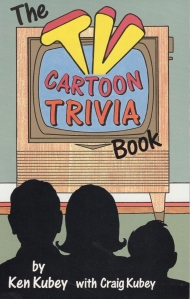 Another collaboration, but this time for young readers and for adults reliving their youth. The primary author is Craig’s much younger brother, Ken Kubey, who thinks Bugs Bunny is a real person. This book contains countless questions and answers on classic TV cartoons from many sources, including Warner Brothers (Looney Toons) and Disney, and featuring important American political and business personalities such as Bugs himself, Rocky and Bullwinkle, Mickey Mouse, the Flintstones, the Jetsons, prominent naval hero Popeye, Hanna-Barbera personalities like Yogi Bear, the Simpsons, and even the characters from Peanuts. The book also covers relatively obscure cartoons like Dudley Do-Right and The Archies.

A “legend” among Viet vets, The Viet Vet Survival Guide was the first of Kubey’s three books for American military veterans, servicemembers, and their families. “Dear Abby” recommended it and it only very narrowly missed The New York Times bestseller list.

“If a Viet Vet has only one book, this is the one he should have.”

—Thunder Run, newsletter of the

of Vietnam and Cambodia.

This book made several bestseller lists. In promoting the book, Craig discussed it with Phil Donahue in the Today segment Donahue then hosted. 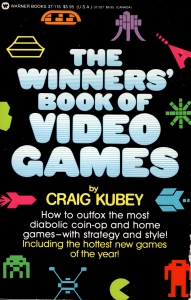 This book covers every major coin-op video game and all other games of the period as well as explaining industry history and structure.

“The best video-game volume in the universe.”

Juris Doctor:
On a study Kubey originated that evaluated the impact of law school on students’ occupational goals and level of idealism — which declined during law school(!)

The Los Angeles Times:
Op-ed piece on the fact that the California bar exam and the California legal ethics exam do not adequately protect clients from unethical attorneys.

Please send me an email using the form below.